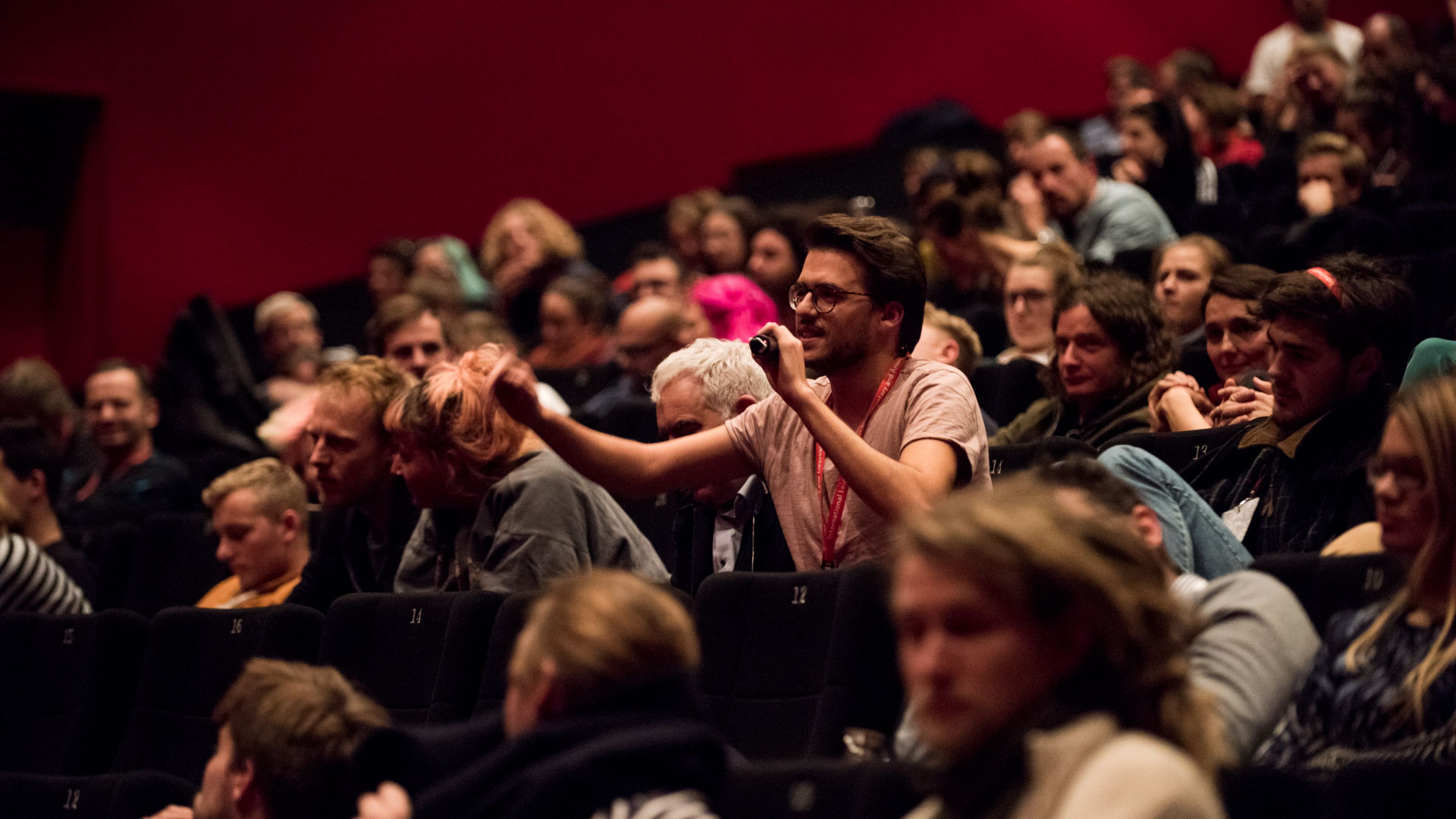 © Susann Jehnichen
DOK Leipzig is an annual festival for documentaries and animations that celebrates film and promotes debate. The festival focuses on the values of peace, tolerance, human dignity and freedom of expression, along with a strong, individual artistic signature of the filmmakers.
The Festival

For over 60 years DOK Leipzig has been showing documentary and animated films from around the world. This unique combination of genres attracts more than 48,000 visitors to Leipzig every year.

During the festival week, which usually takes place between October and November, numerous Leipzig cinemas and venues take part. Film screenings, symposia, special events and the Extended Reality exhibition DOK Neuland are all part of the repertoire to stimulate debate and celebration.

For our 64th edition taking place from 25 to 31 October, we plan to air the complete film programme in selected Leipzig venues, and to celebrate a week of documentary and animated film with our audience on-site in Leipzig. After the festival week, our “DOK Stream” will launch online. The VoD film programme will feature a selection of festival films accessible to the German public during the first two weeks of November.

Taking the festival’s evolution a step further, the DOK Industry Programme for film professionals as hybrid will combine the best of both worlds, taking place in-person and online in 2021.

Read more about our plans for DOK Leipzig 2021 in our news.

The Festival by Numbers

Each year at DOK Leipzig we welcome

At the 62nd festival addition of DOK Leipzig in 2019

64th DOK Leipzig Festival Edition
Save the Date!
Add to calender
The Films

Documentary and animated films in six different competitions, premieres and young talent, unique special programmes  and interactive works, all find a place at DOK Leipzig. Have a look at our programme overview.

As a film trade platform, DOK Industry offers a space for exchange where filmmakers and leading branch figures can meet face-to-face to present and discuss their work while expanding their network. Learn more about DOK Industry.

Alongside the annual festival and industry platform, other formats also supplement DOK Leipzig:

Browse through our Film Archive and discover films from festivals as far back as 2012.

Want to stay up to date?

Don’t want to miss the latest DOK Leipzig news? Sign up to our newsletter(s)! See the subscription forms below, you can also choose if you would like to receive festival or DOK Industry related news.